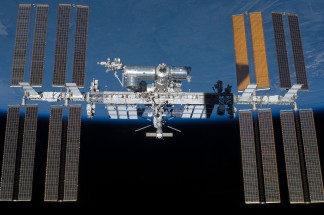 It’s remarkable that it is only just over a century before the first flight of an aeroplane, and yet, passing brightly and rapidly overhead was a spaceship carrying six other human beings.

Now there is talk of a Mars colony, a return to the Moon, and even light sails that can cut the journey to another Star to years rather than decades.

But I wondered what human-kind would take into deep space along with them. Greed, hate, intolerance, probably.

But I hoped not.

And then I thought again of the International Space Station that I had seen earlier. It was built by former enemies, now working in cooperation, it carried men and women of different nationalities, people with courage and resolve, prepared to journey through Earth’s atmosphere to get to it and back, let alone to orbit for months in that tiny, fragile tin can. And then to live and work together.

And my heart grew lighter.