The sign above says it all.  But there is more information here: 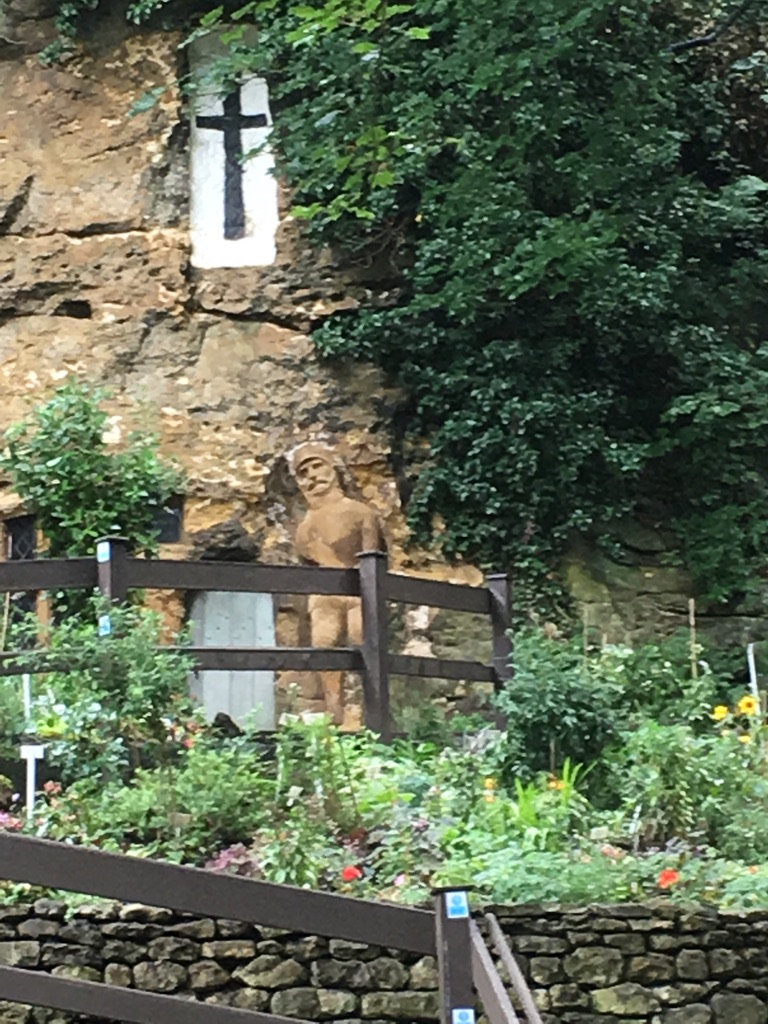 Oddly or perhaps not – further along, the River Nidd was the home of an almost Saint. Robert of Knaresborough (St. Robert) (c. 1160 – 24 September 1218) was a hermit who lived just further along in another cave (then known as St. Giles’ Priory). It is said that King John visited him and Trinitarian friars also venerated him.